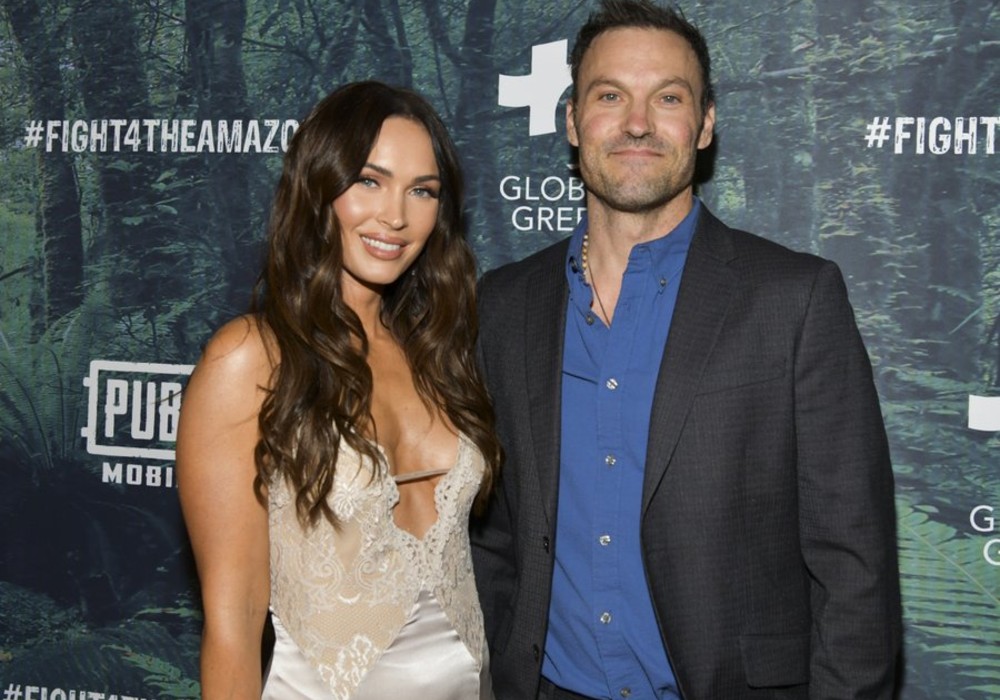 Brian Austin Green has confirmed that he and his wife of nearly ten years, Megan Fox, have split. The Beverly Hills 90210 alum revealed the news Monday on his podcast …With Brian Austin Green in an episode titled “Context.” The 46-year-old confirmed the split just hours after cameras spotted Fox with Machine Gun Kelly.

Green explained that he and Fox have been “trying to sort of be apart” since the end of last year, but he made it clear that his relationship with her was “amazing” and he will always love her. He also knows that Fox will always love him, and the family they have built is “really cool and really special.”

Green and Fox share three sons – Noah, 7, Bodhi, 6, and Journey, 3 – and he says that he and Fox still plan on going on family vacations together and celebrating holidays as a family. Their intent, says Green, is to make things like that a focus for the kids.

“It sucks when life changes and something that you’re used to — that you’ve been doing for 15 years — you try and not get rid of but you change,” Green said while getting emotional. “There’s the unknown aspect … there’s that pit in my stomach … I really don’t want Megan and I to be at odds … she’s been my best friend for 15 years and I don’t want to lose that.”

Green also addressed the rumors surrounding Fox and Kelly. The actor admitted that the rapper has come up during discussions with Fox, but they are “just friends at this point.” Green noted that he didn’t want people to think Fox and Kelly are villains or that he was a victim in any way.

However, he did say that he started to feel distant from Fox when she left the country last year to film Midnight in the Switchgrass with Kelly. He says that things hadn’t really changed in their marriage when she came home from the shoot, but after a few weeks of recouping and getting “back into life,” they had a serious conversation about their marriage.

“She said, ‘I realized when I was out of the country working alone that I feel more like myself and I liked myself better during that experience and I think that might be something worth trying for me,’” recalled Green. “I was shocked and I was upset about it but I can’t be upset at her because she didn’t ask to feel that way. It wasn’t a choice she made, that’s the way she honestly felt. We talked about it a little more and said let’s separate for a bit… and so we did.”

Green says that after he and Fox watched other couples go through bitter divorces, they decided to take a different approach. They don’t want to lose what makes their family special, so they will be friends with each other and have a united front with the kids.

Brian Austin Green and Megan Fox dated for six years before they tied the knot in June 2010. The couple has had their share of ups and downs over the years, and she even filed for divorce back in 2015. Green and Fox eventually reconciled, and she dismissed her divorce filing in 2019.