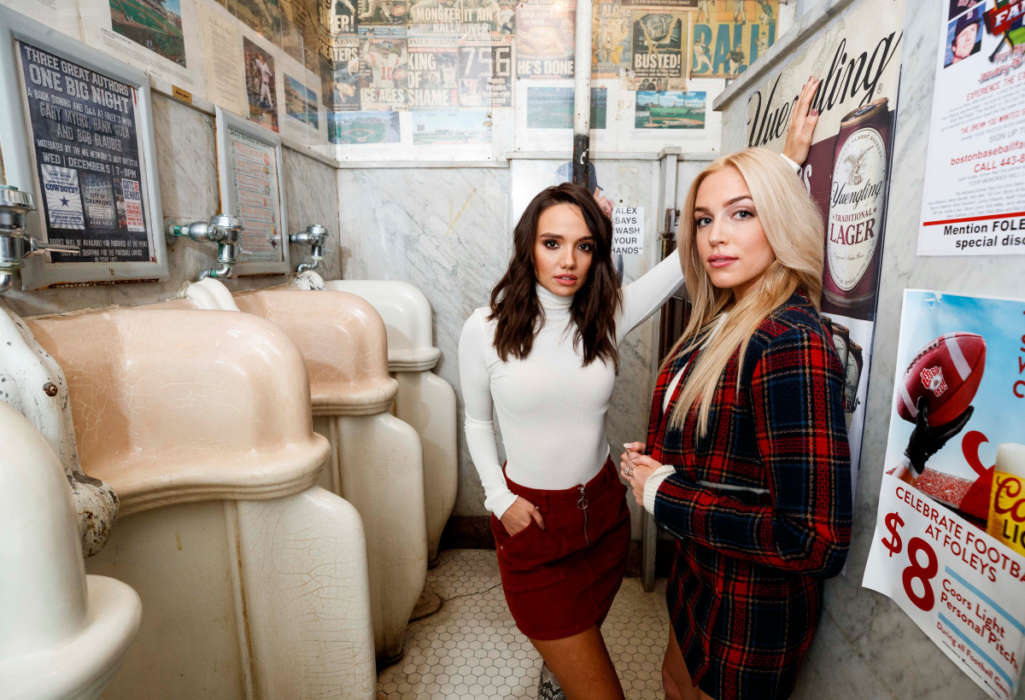 Alexandra Cooper, the Call Her Daddy co-host, took to her YouTube channel late on Friday to say that she signed a deal on her own with Barstool Sports to resume her podcast.

The 26-year-old, Cooper, claimed that Franklyn, 28, allowed her HBO Sports executive boyfriend, Peter Nelson, to get too much involved in the business dealings and so things went downhill. Cooper and Sofia haven’t recorded a podcast since the beginning of April.

In her YouTube video, Alexandra said she was so excited to start working on the podcast again. Alexandra says she wished Sofia shared the same excitement for the deal as she did when they visited Dave Portnoy’s rooftop a few weeks back.

Dave Portnoy is the founder of Barstool Sports, and he offered them a $500,000 base, other incentives, and also the intellectual property, but they turned it down. In the video which you can see down below, Alexandra said that she and her friend were making close to half-a-million dollars in the first year of doing the show.

Alexandra says that Nelson, Sofia’s boyfriend, kept saying that they were making well below what other podcasters were making in the industry.

It was at that point, Cooper said, that the 38-year-old took over the negotiations and began demanding all kinds of things from Barstool, including $1 million each, more merchandising revenue, and also all the intellectual property rights.

Cooper says that it made Dave Portnoy very upset. At that point, all negotiations with Barstool Sports stopped happening and Nelson began shopping their show around to other companies. Finally, they met up with Portnoy once again on his roof-deck, but Cooper and Sofia had different aspirations for the show.

The news comes around the same time as Dave Portnoy’s announcement in which he addressed Alexandra’s re-telling of the Call Her Daddy story from start to finish.