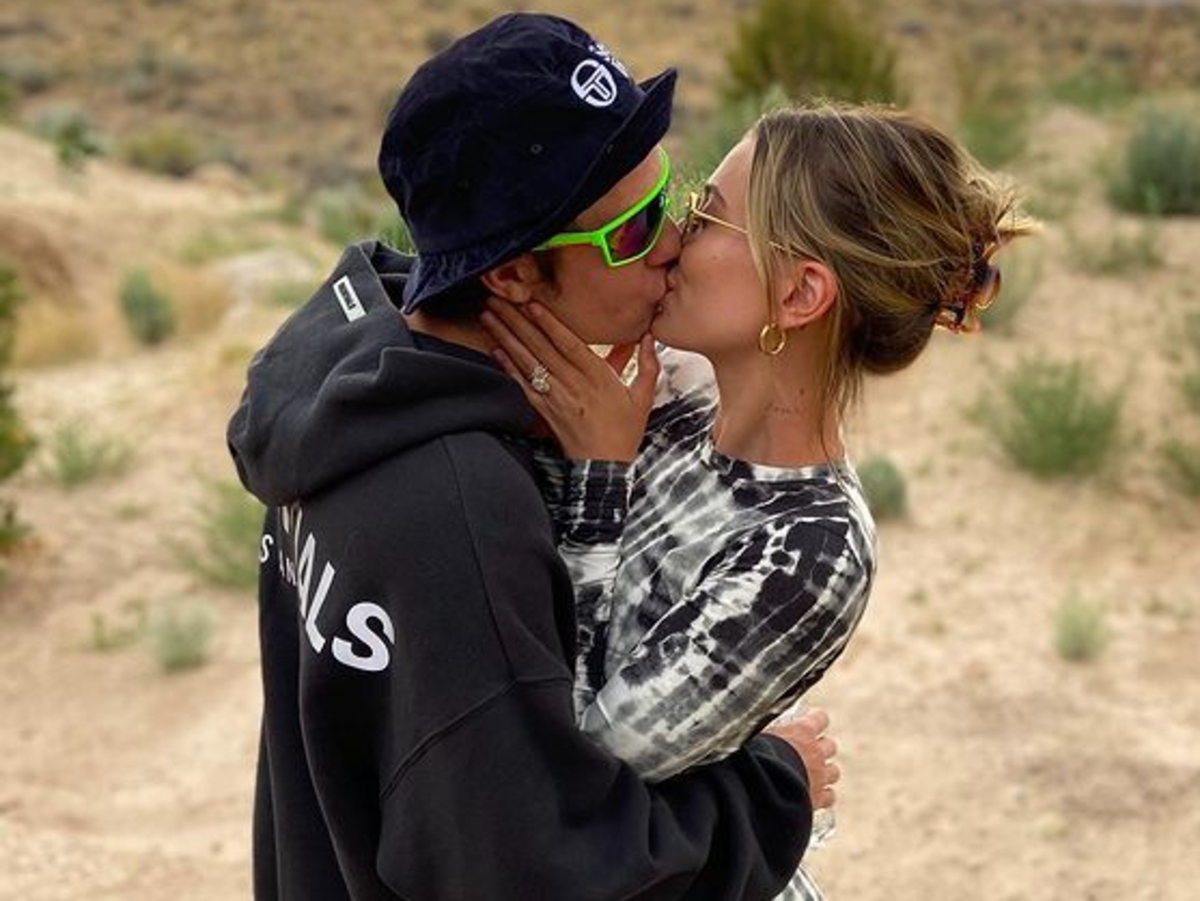 Is Justin Bieber leaving Hollywood so that he and Hailey Bieber can start their family? Justin has made it clear that he’s left Hillsong Church, following the sex scandal involving celebrity pastor Carl Lentz. Lentz, who was a close friend of Justin’s and Hailey’s,  left the ministry in shame when in November 2020, he announced on Instagram he’d been caught cheating on his wife.

Since his resignment, more allegations have embroiled the church in the bitter scandal, and rumors circulated suggesting that Justin was ready to become a minister and take over the church. Justin was so appalled at the fake news that he took to his Instagram stories to set the record straight. He even made it clear that he is no longer associated with Hillsong and attends Churchome.

Now, In Touch is reporting that Justin is ready to leave Hollywood so that he and Hailey can become parents.

A source stated the following in the upcoming January 18, 2021, issue.

They’re still in the honeymoon phase and really want kids. That’s their focus right now. Justin has a strong faith, but he’d rather be one of the worshippers in the audience rather than the one gathering a flock like Kanye West would. Heading a church like Carl did would be all-consuming. The priority right now is having kids, even if it means leaving Hollywood for a while.

Though the publication discusses Hailey and Justin being ready and focused on having a baby right now, that isn’t what Justin said when he was interviewed by Ellen DeGeneres back in December. During that interview, Justin made it clear that he wants to have children but is waiting until Hailey is ready as it is her body.

At this point, Hailey Bieber hasn’t made any statements about being ready to start a family.

You may see the interview Justin Bieber had with Ellen DeGeneres in the video player below.

Justin and Hailey certainly aren’t strangers to fake news and Hailey has repeatedly addressed rumors that she is pregnant. Though many fans would be thrilled to hear that Justin and Hailey were expecting a child, it doesn’t look like the couple will have a child soon.

What do you think about reports that Justin and Hailey are working hard to start their family and that he is ready to leave Hollywood?