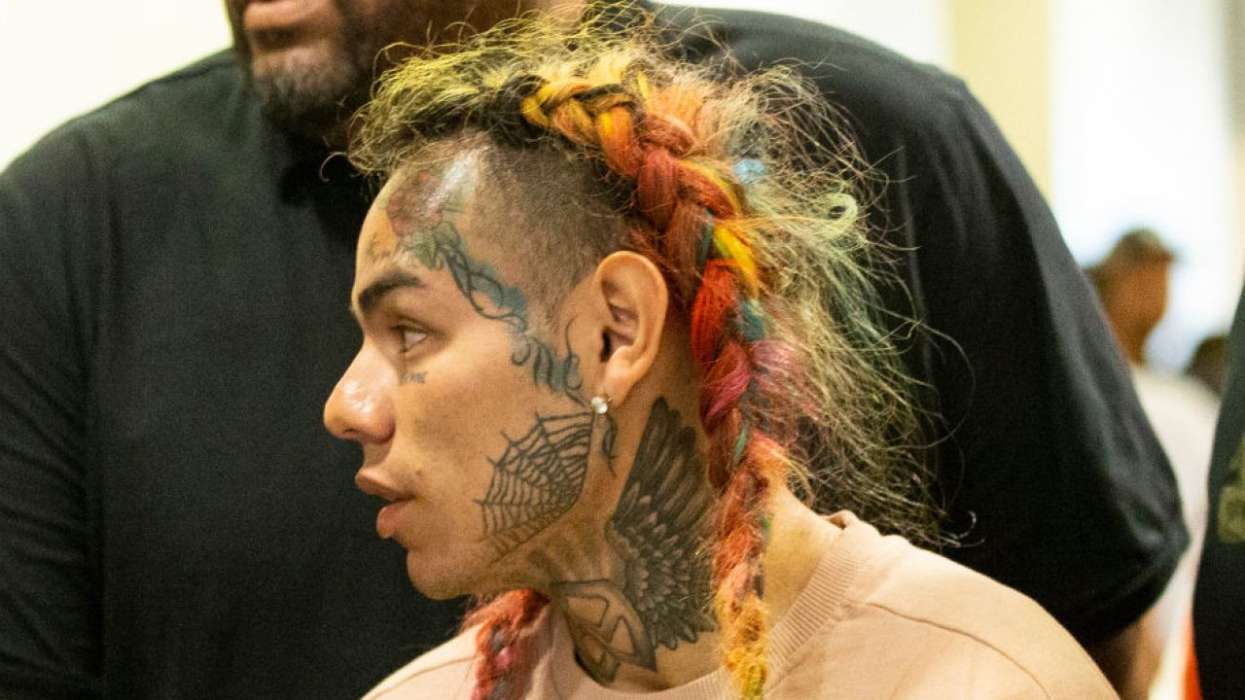 Tekashi 6ix9ine continues to make waves in the entertainment news headlines due to his lackluster album sales, although, now, he’s turning his attention to Lil’ Durk, who recently put the rapper on blast after it was revealed Tattle Tales would perform a third of what was initially expected.

Hot New Hip Hop says the interest in Tekashi 6ix9ine was very high when he first got out of prison. In fact, the attention surrounding his release even helped him break an Instagram Live record previously set by Tory Lanez and his Quarantine Radio program.

More importantly, Tekashi 6ix9ine dropped two singles one after another that performed exceptionally well in the beginning stages, with the exception of “TROLLZ”, featuring Nicki Minaj, which quickly fell off the chart as fast as it climbed it.

In recent news, Tekashi, also known as Daniel Hernandez, took to the streets to offer his record in CD format because, in his own words, nobody wanted to buy it.

Chicago’s Jay Z #lildurk debuts on the charts at #62 with “The Voice”. Y’all fw the song or na?

Following his record’s debut at #4 on the Billboard 200, 6ix9ine continues to slam his rivals, including Lil’ Durk. Hot New Hip Hop says Lil’ Durk’s new song, “The Voice,” went to #62 on the Billboard Hot 100 this past week and Tekashi commented on the track’s positioning.

Tekashi 6ix9ine took to his social media account to say Lil’ Durk would need continued features and promotion from Drake if he wanted to chart much higher. 6ix9ine wrote in the caption of a photo about his albums sales, “this what happen when u don’t got Drake.”

Hip-hop fans know the feud between Lil’ Durk and Tekashi 6ix9ine started shortly after he got out of prison, with Lil’ Durk joining the ranks of other rappers in the industry who put the “GOOBA” artist on blast.

6ix9ine took the opportunity to fight back and mocked the death of his cousin, Nuski. After that, Lil’ Durk came out to say that someone from Tekashi’s team offered a large sum of money to continue bickering back and forth online. Lil’ Durk said he wasn’t interested because he was loyal to the streets.